In the largest karst field of Žumberak mountains lies Sošice, a place whose oldest name – Sussiz, is first mentioned in a document signed in 1249 by Bernard, owner of the nearby fortress Sichelberg (Old Town of Žumberak). In addition to five other places in Žumberak, Sošice was then donated to the newly founded Cistercian monastery in Kostanjevica. When they are mentioned again in documents in the 16th century, the Žumberak area, ravaged by Turkish conquests, has already become part of the Military Frontier.

Thanks to its location, Sošice has been not only one of the largest settlements in Žumberak since ancient historical times, but also the most prominent center of Žumberak, and today it is one of the most visited tourist places in Žumberak. 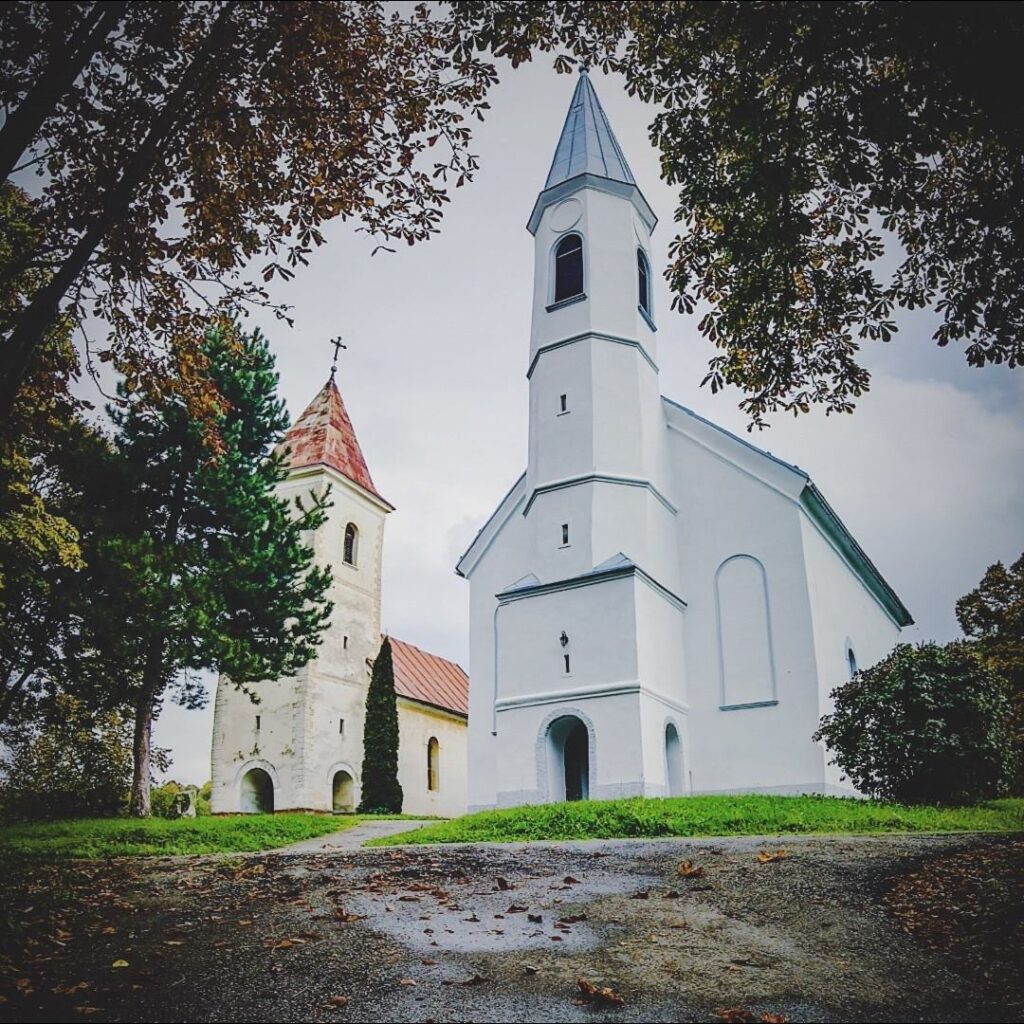 The Greek Catholic Church of St. Peter and Paul and the Roman Catholic Chapel of the Assumption of the Blessed Virgin Mary; Photo: Kristijan Brkić

In the southern hamlet, Kovači, is the church center of Sošice. There is the parish court and the monastery of the Basilian nuns, and opposite them, on a small hill above the road, stand next to each other two church buildings – the Greek Catholic Church of St. Peter and Paul from the 18th century and the Roman Catholic Chapel of the Assumption of the Blessed Virgin Mary from the early 19th century. These two single-nave buildings with towers in front of the facade, from the time when they were built next to each other, until today, are one of the most picturesque cultural features of Žumberak. In their vicinity is one of the two oldest schools in Žumberak, opened in 1769, as well as the same in Mrzlo Polje.
Along the road to the northern part of the village, at the edge of the field is a small chapel, and to the chapel of St. Anthony the Hermit from the end of the 19th century is only a few hundred meters away.

There is also a nature guard station of the Public Institution in Sošice.