In the central part of Žumberak, near the highest point on the main road between Bregana and Krašić, there is Budinjak, a town with only a dozen inhabitants and an extremely rich past. Hiding for thousands of years behind the legend of fairies and elves dancing in circles on Budinjačko polje, one of the most important archeological sites in Croatia has remained almost completely preserved to this day.

The prehistoric site in Budinjak (10th-6th century BC), together with the one from Roman times in the nearby Bratelji (1st-2nd century), is part of the Archaeological Park through which it is best to walk following the “Path of the Princes”.
On one of the hills that surrounds the place, stands the Roman Catholic chapel of St. Petronila from the beginning of the 19th century. A simple building with a bell tower on a pediment became famous throughout Žumberak because of the beautiful view. 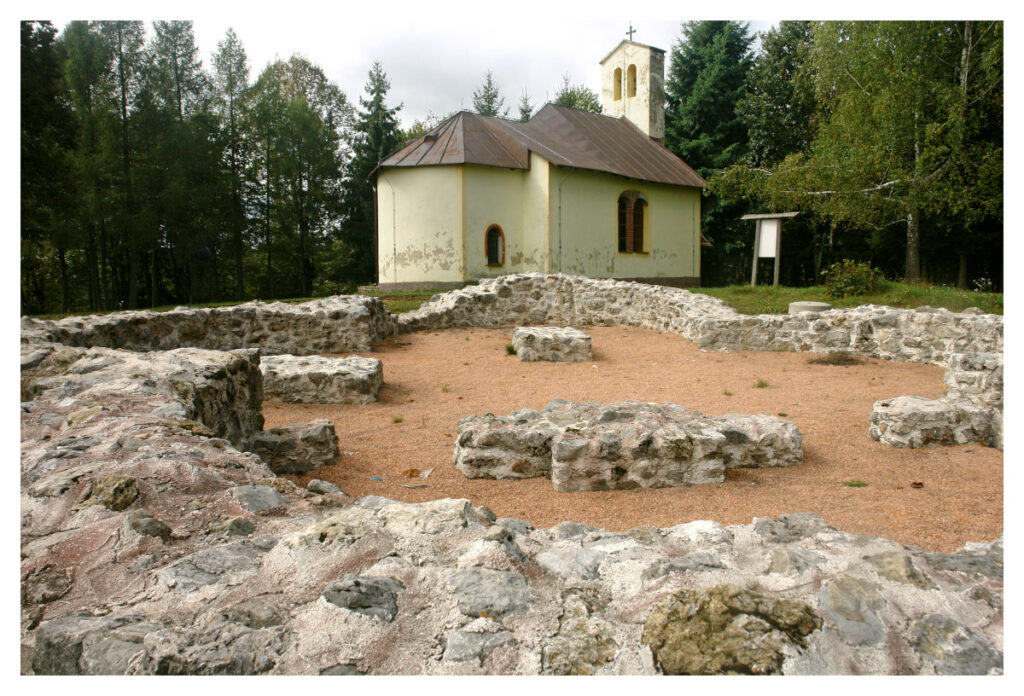 In Budinjak there is also a visitor center of the Public Institution – Eco-center Budinjak.