Natural factors along with years of human activity and coexistence with nature made Žumberak – Samoborsko gorje Natural Park an area of interesting and rich biodiversity. So called cultural, mosaic-like landscape, where open grassland surfaces interweave with woodland, are the result of human activity. By clearing the woodland, which would in contrary cover the whole area of the Park, people made new, open habitats where “new” species develop that are different than those in woodland.
That is how humans unintentionally enriched the natural diversity of this area. Nowadays such grassland habitats are seriously endangered by the natural process of succession because the human need for areas intended for agricultural activity, pasture or mowing grass is lessened. Furthermore, they do not need freshwater pools and still water reservoirs which were used as waterholes and presented habitats, breeding places and feeding areas to many rare and protected animals.

The diversity of flora in the Park is proved by the fact that more than 1033 species and subspecies of different plant life have been recorded in this area, some of which are strictly protected by the Nature protection Act and others are put on international lists of endangered species and enjoy a special status according to European legislature and international conventions. Except grassland plant life, there is a woodland flora existing in moisture and marsh habitats, flora existing in thickets, cut woodland, heaths, rocks and sand as well as weeds and flora existing around debris. In the area of the Nature Park 90 species of Croatian vascular flora from the Red Book are recorded. On the global level 4 of them are critically endangered, 11 are endangered and 28 are globally sensitive. 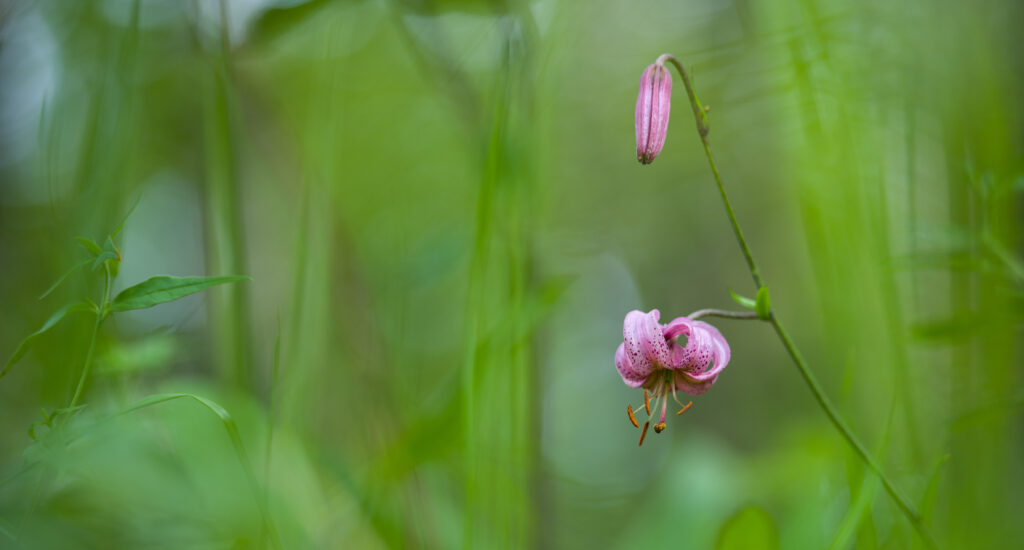 In lower hilly area of woodland the most common are the forests of Sessile Oak and hornbeam and on steeper slopes are the forests of Downy Oak and hop hornbeam, while beech forests cover the highest area. These forests are habitats of some endangered and protected plants as are globally sensitive species Iris croatica and Daphne blagayana.

Transitional areas between forests and open habitats as are bordering strips of forests and groves are important for species sensitive to pasture and treading and are adjusted to shadowy conditions. Among them are some of globally sensitive species of wild orchids and lilies. 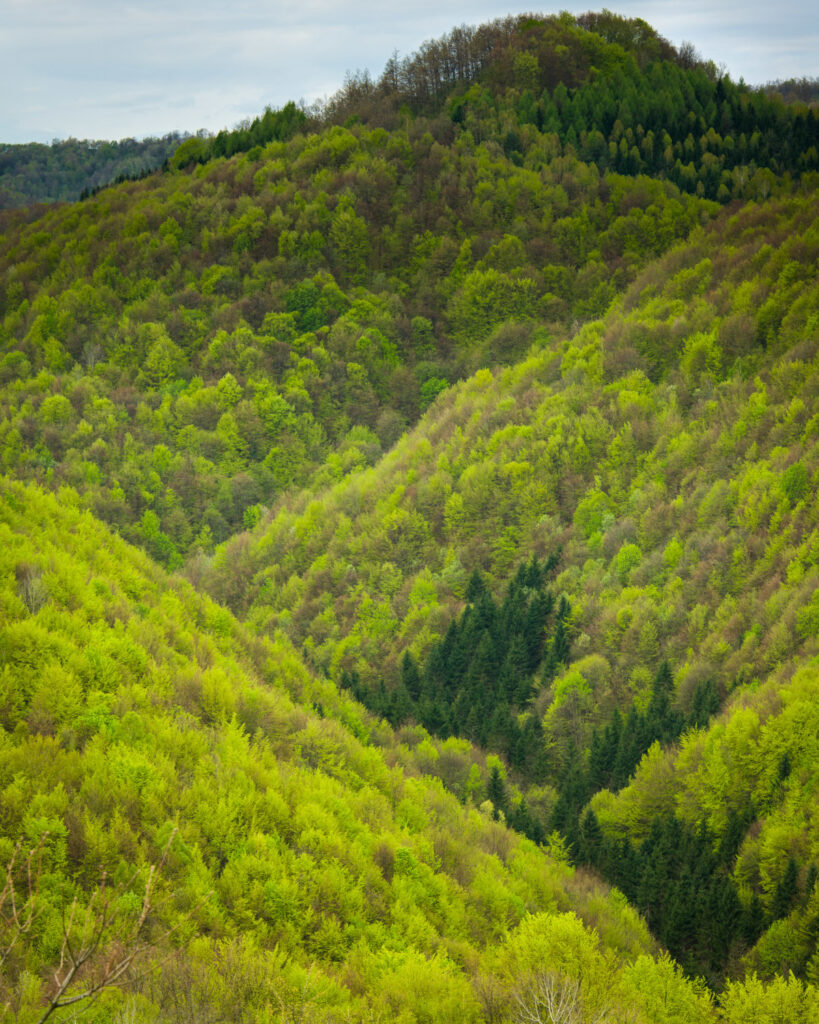 Very small area of grassland is of natural origin. The local population massively exploited grassland and cultivated fields primarily by clearing forests and by performing traditional agricultural activities through which they cultivated such half-natural habitats. Grassland in the Park is rich in species – in some areas 40 species of plants have been recorded on one square meter! Many of them are in the Red Book of vascular flora in Croatia.
The areas of damp and marsh-like grassland and plain and moors are also very important for biodiversity the Park. Important example is the area along the Jarak creek where even 7 strongly protected and 12 protected plant species have been recorded. Among them we stress critically endangered species on global level – tall cottongrass (Eriophorum angustifolium) and alpine asphodel (Tofieldia calyculata); globally endangered species of sedges, globally sensitive species: grass-like sedge (Carex panicea) and lesser butterfly-orchid (Platanthera bifolia) and species with the status of not sufficiently explored (DD) in Croatia, elongated sedge (Carex elongata).

There are 377 species of mushrooms in the Park area. It is supposed that this is only smaller number of a total number of mushrooms in this area because we have to take into consideration the diversity of their habitats, size of the Park and the fact that monitoring the mushrooms is conditioned by finding their habitats which are short-term, appear only in certain period of the year or they even do not appear in some seasons. In the research carried on in 2007, 7 new species of mushrooms are found in Žumberak – Samoborsko gorje Nature Park. Arched Woodwax (Hygrophorus camarophyllus) is on the Red List of the mushrooms in Croatia with EN category of endanger (globally endangered species).

The preliminary researches held in Žumberak – Samoborsko gorje Nature Park during 2007 and 2008 discovered 79 species of lichens, three of which are on the Red List of lichens in Croatia. These are Bryoria fuscescens (with status VU – sensitive family), Lobaria pulmonaria (with status EN – endangered family) and genus Usnea (status VU). The research discovered several localities rich in lichen species like wild forest of beech in area of Kuti and wider area of Budinjak, Sv. Gera. Old orchards in grassland are explored as well.
According to Prodromus of lichen flora of Jugoslavia (Kušan, 1953) in the area of Žumberak and the Samoborsko gorje following families are found and put on the Red List of Croatia (2007) – Baeomyces rufus (almost endangered species – NT), Dibaeis baeomyces (VU), Lobaria pulmonaria (VU), Menegazzia terebrata (VU) i Solorina saccata (VU).

The area of the Park is abundant with animal species as well. Although not often, but here you may see large predators as bears (Ursus arctos) and wolf (Canis lupus). There are numerous small mammals, amphibians, reptiles as well as varieties of invertebrates. There are many birds living in this area, among others birds of prey (for example, goshawk) and birds living next to creeks (white-throated dipper and grey wagtail). Amphibians and reptiles in this area cover most of species which you can find in other parts of continental Croatia. Except spotted salamander (Salamandra salamandra) which is a regular inhabitant of the area, in the higher areas of the Park you can see a rare black salamander (Salamandra atra). Pools (ponds) formerly used as stock waterholes are important hatching places for numerous amphibians like newts, toads and frogs. Snakes spotted here are horned viper (Vipera ammodytes), grass snake (Natrix natrix), Aesculapian snake (Elaphe longissima), smooth snake (Coronella austriaca) and dice snake (Natrix tessellata) – strictly protected species listed on the Red List. The commonest lizard is wall lizard (Podarcis muralis), slow-worm (Anguis fragilis), European green lizard (Lacerta viridis) and common lizard (Lacerta vivipara). 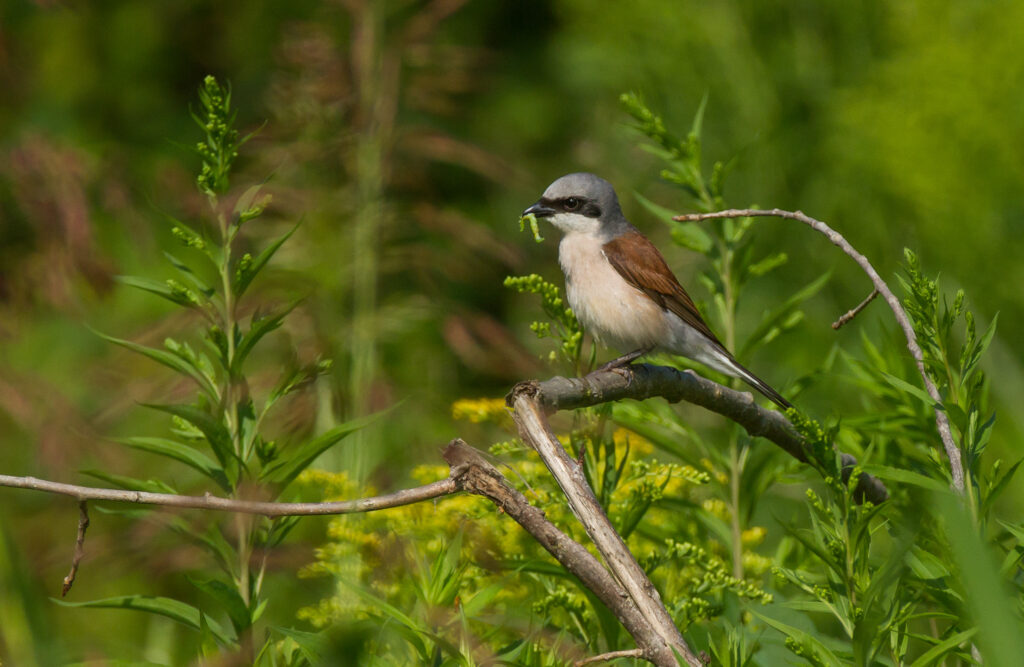 Trouts are common inhabitants in the Park because of suitable ecological conditions (water temperature, quantity of oxygen and creeks’ speed). We cannot but mention numerous invertebrates which enrich biological diversity of the area. Many of them are endangered, but not all are recorded due to insufficient research. We will only mention globally sensitive species of butterfly mountain alcon blue (Maculinea rebeli), whose existence is closely related to other species like grassland plant star gentian and equally endangered and protected forest ant.

Dinaric karst is of crucial importance for the fauna because in its underground level (caves and holes) there are numerous species of invertebrates that have not been explored yet. There are bats as well – our most endangered mammal. Recent exploration of karstic underground in the Park discovered some species of arthropods which are completely new in science.